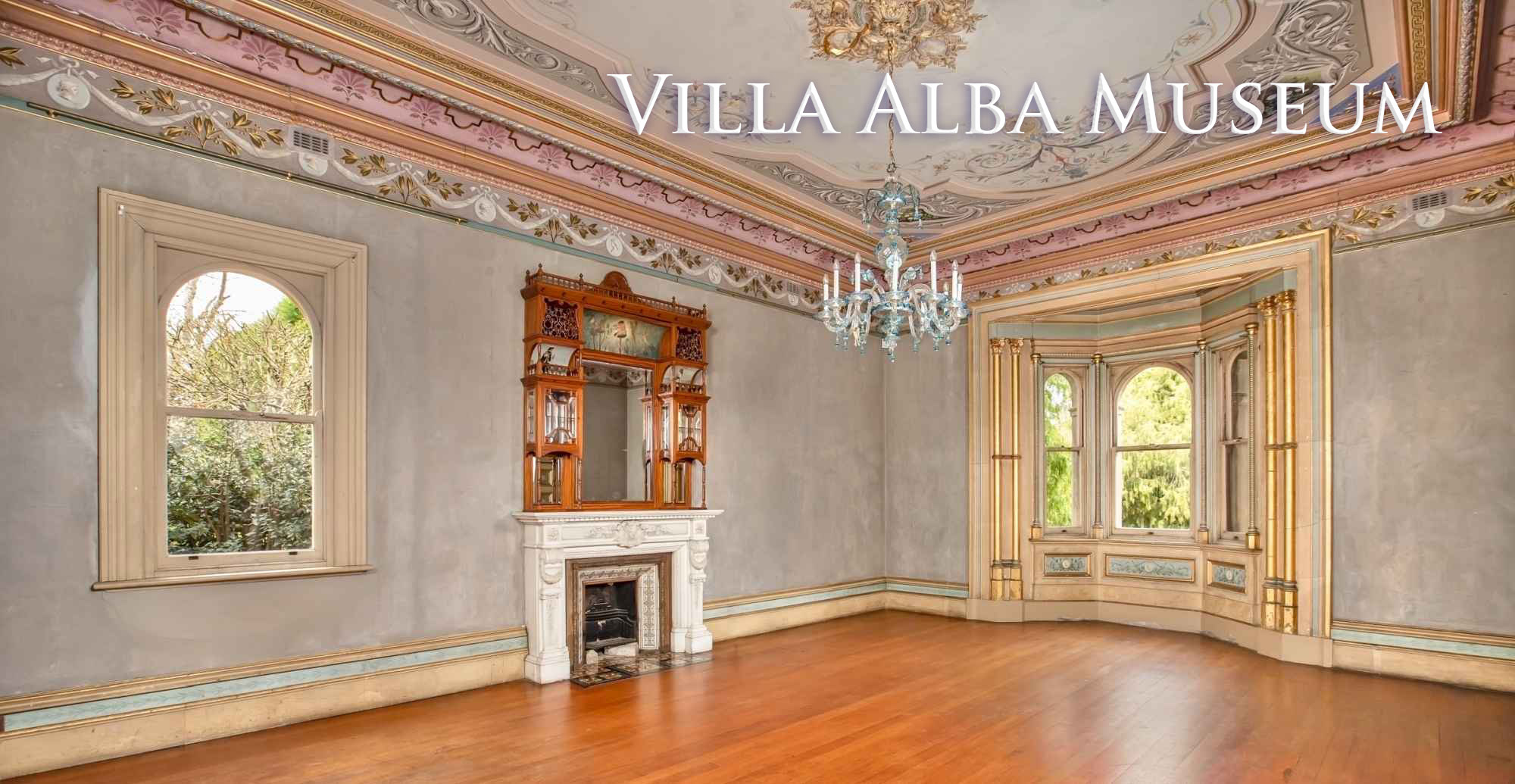 The Paterson Bros were one of the premier art decorating firms in Australia, and the leading Melbourne firm in the days of ‘Marvellous Melbourne’.

Between 1883 and March 1884, the Paterson Bros created the decorations at Villa Alba in Kew for the Edinburgh-born William Greenlaw and his Sydney-born wife Anna Maria (McEvoy)..

Charles Stewart Paterson arrived in Australia in 1863 after training with John Nesbit and working with Dobies of Edinburgh. James and Hugh arrived with other members of their family in 1873. James had trained with Purdie, Bonmar and Carfrae of Edinburgh.

In 1873, C.S. Paterson set up the firm Paterson Bros. in Melbourne. At the 1875 Exhibition they exhibited samples of their decorative techniques. James had worked on decorating the Exhibition Building for the 1880 Melbourne International Exhibition overseen by John Mather. This was said to be in ‘Early Renaissance’ style. In 1880-81 C.S. Paterson had worked on Kamesburgh for William Kerr Thomson in Brighton (the cost was almost £5,000).

In 1881, they carried out work at Mars Buckley’s mansion Beaulieu in Toorak and were commissioned to decorate two banners for trade union processions. In 1882, they decorated the Library of the Victorian Parliament This cost £1,297 pounds and took two and a half months. The Library has recently been restored to its 1882 scheme.

Between 1883 and March 1884, the Paterson Bros created the decorations at Villa Alba in Kew for the Edinburgh-born William Greenlaw and his Sydney-born wife Anna Maria (McEvoy). It should be noted that the company sub-contracted much of the work at Villa Alba to other artists, some of whose identities are revealed by small initials hidden amongst the decorated ceilings and friezes.

After completing the project at Villa Alba success followed success with a number of significant commissions for art decorations of private and public interiors. Most are now lost. Buildings on which they worked include:

In 1886-86, Hugh travelled back to Scotland with George Gordon. In 1889 he returned home with letters of introduction from the Governor’s wife Lady Loch to ‘catch up with the most advanced taste and became acquainted with William Morris, Sir Frederick Leighton, Mr Crane, and many of the leading painters and decorators of the day, … and the principal scenic artists of London.’

In 1890 there was an economic crash… and demand for decorating collapsed. The firm closed in 1917.